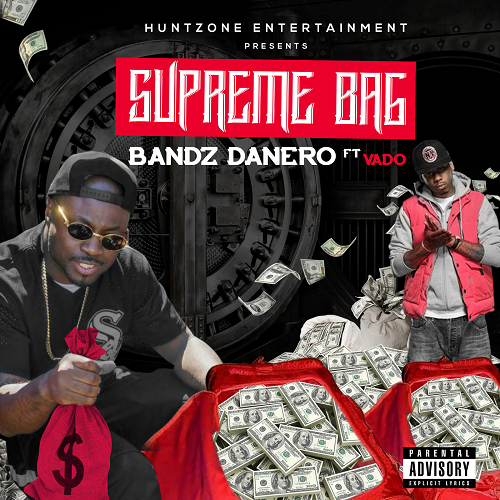 Bandz Danero, born Willie Wright is a HipHop artist from Hartford, CT. Although he had tough beginnings, he found music at a very young age, as an alternative out, to the street life he was coming up in. He began performing and writing music on a serious level in 1997, where he began finding his sound, and overall honing his craft. In 2001 he and his co-partnered company Major League records (indie label) released “Dime and Gunz” which was critically acclaimed, and an instant classic body of work in the local marketplace, and went on to move thousands of units independently.
Bandz Danero’s career came to an abrupt halt, as he just signed on to do a co-venture production deal with Grammy award winning multi-platinum producer Allan Gordon (Allstar) due to being involved in a 30 man drug inditement which cost him a 10 year federal sentence. Like every dark tunnel, there’s always light at the end. Bandz Danero returned home after serving his sentence in December of 2014, to once again partner up with child hood confidant and manager Anthony “Sal” Mickens, to finish up what they started with their own company “Huntzone Ent” which is a full fledge indie record label and production company. Currently Bandz Danero is slated to release his first project since being released from prison, called “Bag talk Vol. 1” hosted by the mixtape powerhouse Big Mike, which includes production from Vinny Idol, and guest Appearances from Jadakiss to name a few. It may have been a long road of valleys, creeks, and many pitfalls, but one things for sure….Bandz Danero is here to stay, and the best is yet to come bad.