BallGameLJ is an up-and-coming hip hop artist born LJ Jackson in Tallahassee, FL on October 24th, 1994 to his parents and a big sister; 12 years his senior. LJ’s parents split up when he was still quite young. As a result, LJ spent a lot of time without an active father in his life.

With no active role models LJ’s grades quickly took a hit and like many he took to the streets and hit the pavement running. He quickly learned how to hustle and ball hard; earning him his stage name BallGameLJ.

LJ has been around music his whole. Didn’t matter if he was home, school or in between music was always surrounding him. Music was apart of all aspects of LJ’s life; the celebrations, the difficult times, moments of creativity, moments to heal the trauma and everything in between.

With influences spanning decades and multiple genres; from that old school R&B to idols like Tupac and JayZ you quickly realize that while LJ is a true 90’s baby he really does have an old soul and it can easily be heard in his tracks.

BallGameLJ released his first project in March of 2019 and has been in the studio non stop since; having accumulated quite the vault of music soon to be released.

Be sure to follow @BallGameLJ on all social platforms today!! 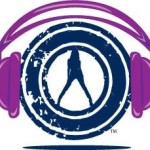 Previous [Single] Jd Mac ‘Feeling Me’
Next [New Music] Haze OPC – You Smile I Smile, You Cry I Cry | @HazeOPC