To understand the less-traveled road that Warchyld took for his career to currently stand at best shape ever status is to recognize that the Philadelphia-bred MC is a rarity in a pool of common rappers. Everything about the man born Christopher Stoney is rather unique.

It would be his father who first recognized the greatness in his son. A lifelong vocalist and keyboardist, Dad would wake young Chris out of sleep and order him to practice the lyrics to great songs by greater acts like Bon Jovi.

Except song wouldn’t be the youngster s art form calling. Purpose would find Warchyld the day he was introduced to Run DMC and Aerosmith’s iconic Walk This Way video. From that point on, he would forever be a microphone fiend and master of ceremony.

While his preteen years saw him as a prodigy in recording booths, the tumultuous streets of Philadelphia would distract the rapper off of his path. A double armed-robbery charge at age 17 would stick the corner boy with his first felony. Some years later, a gun charge landed him back in a cell.

This would be the beginning of Warchyld s dedication to his dream of rap stardom and respect. I was sitting in a cell like, I m a talented guy. Do I really want to waste my life like this? So I said if I got a second chance I would really take things seriously.

In 2008, Warchyld seized control of his own fate. The burgeoning boss took his talents to South Beach. Miami is where he learned the southern independent hip-hop hustle a business culture which birthed multi-platinum artists like Flo Rida and legacies like Cash Money Records.

With top notch education comes tough lessons and War cashed in his fair share of good problems for knowledge currency. In 2012, he funded his first hit record The Honeymoon, which featured 112’s Slim.

Through his own entrepreneurial drive, cash flow, street credibility and DJ relationships, the City of Brotherly Love native found himself on magazine covers and Billboard charts, just below renowned artists such as Drake and Yo Gotti.

Although the record built a buzz on both coasts, War realized a disconnection: his core audience and identity weren t being fed. When I moved to Miami I learned that the industry isn t about just making music. It s about strategy and marketing, and how you brand yourself.

A refocused Warchyld returned to feed the foundation that built him: the streets. With a mindset that was split between rhyme purist and brand manager, he would raise his awareness with DJs like Power 99 FM’s Cosmic Kev Hot 97 DJ Absolut, 50 Cent’s spinster Chubby Chubb and the street’s favorite disc jock Kay Slay, who the rapper collaborated with for The Streets Is Back mixtape, as well as mic peers from east (Capone of CNN) to west (Mr. FAB). The real-recognize-real love was so genuine, Styles P decided to direct the video for War s Rock Roll track without having to be asked.

Now that the street soldier has maturated the balance between artist and self made CEO, he s ready to devote 2015 to increasing his fan base across the entire U.S. War’s plan of attack: drop hit records then apply his five-year education in independent music hustle. Having found his signature sound via cousin and producer MR Product, this gangsta and gentleman is ready to gift the rap world his best work thus far.

The Warchyld season will begin with the catchy #Shaky, which should keep listeners imitating the title from SUVs to strip clubs. While the aforementioned single will add some polish to the Philly boy s addictive aggression best heard on the rock hard “Church For Gangsters” his takeover will occur this summer when he drops his inevitable smash Bad Chick Alert.

It’s the type of single that could be a career s spaceship. So when the independent hustler does succeed with his formula of hip-hop that s both pure and marketable, just understand the grind he graduated from to be able to shine on his own two. I learned a lot, he says. When you start taking losses is when you learn how to win.

Warchyld “The Price Of Fame” – A Mini Documentary 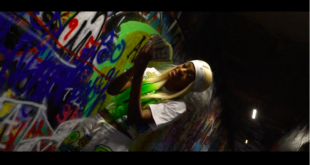 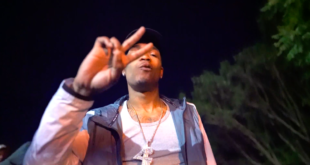 Creating a career in rap is no easy feat, the odds are always stacked up …