WASHINGTON, DC. – Phenom is an artist out of Washington, D.C., whose music is not just an everyday sound, but a sound you can listen to every day.

His music is all about bridging the gaps between the punch of hip-hop and the melodies of RB. And the end result is a catchy, yet edgy sound that fans all over the world are beginning to pay attention to. His music has been selected numerous times to be featured in some of the hottest playlists on Reverbnation, and he was selected by Coast 2 Coast Mixtapes to perform at their showcase and be featured on “Coast2Coast Mixtape R&B edition Vol. 41.”

Over the past year he has been enjoying the success that has come from his EP “The Preview,” which serves as a small sneak peek into some of the creative avenues he’s pursuing with his music career. Whether it’s rapping, singing, or other creative outlets, this EP examines the different ways his mind brings entertainment to the world. His crisp production aesthetics and dense arrangements echo the work of artists such as Drake, The Weeknd, Joey Bada$$ and D’Angelo, just to name a few.

“My sound and style make me a little different,” he said. “From the fact that I’m not the most conventional artist that you hear nowadays, to the fact that I try to convey punchlines and sauce while also bringing in some of the old-school heart-to-heart feeling. I use all real experiences for my lyrics and let my listeners know that everything I’m saying is genuine. I’m trying to build a more stable connection with my fanbase so that they can get a more in-depth look into who I am.”

Phenom said he wants his music to be known for connection with people who are going through real-life situations, while also being a vehicle for addressing social injustices and speaking up for other people who can’t speak up for themselves.

He has spent the majority of this year working on finishing some covers while also serving in the U.S. Air Force overseas. Most of his music career to date has been as a writer, but over the past couple of years he’s made it a mission to step into the studio and record his songs. He hopes to be able to release a full album later this year called “R&R,” which he said will be the culmination of a lot of hard work.

“Most people know that stands for Rest and Relief,” he said,” but I’m titling it that because I want it to stand for Reflections and Resolutions. I’m bringing fans on another step back into other situations I’ve been in and what I think the outcome of those things are or how they have helped me to grow as a person. I like to integrate those things into my music because sometimes when you tell stories that need to be told from a different point of view, it gives people a whole different perspective.”

Previous Al. Knyght – Get Over It
Next New Music! Gran Centennial “Big Bossman” 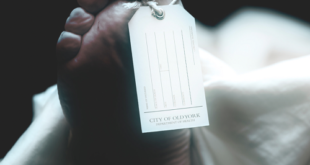