DT thanks for spending time with us. What inspired you to get into the music scene?

Music was a form of expression, to be able to get on stage and entertain people, and share what i saw, or what i had experienced. Having people relate to my journey as i put it to music. My Mentor Spice really developed me to be able to understand the ins and outs, and how to be a successful Independent artist.

Coming out of Toronto Canada, explain what the music scene is like in your city?

In Toronto we have a lot of hip hop artists, which is great, but at the same time because of development a lot of local venues are closing down in the downtown Toronto Area. Because of this many artists are becoming very creative in how they showcase themselves. at the same time we have a thriving Indie scene, there are always shows happening, and you never know who you may run into. Toronto is the largest city in Canada, so you could say it is the Atlanta of Hip Hop for Canada.

How has your childhood shape the artist you are today?

as a Child i often kept to myself, and then one day things changed. I became the class clown, and loved being the center of attention. the more attention i got, the more i wanted it. which really helped fuel my love for the stage. Every time i come off stage, im planning for the next show

Who are some of the people in the music business you look up to and why?

The first would have to be 50 Cent, i have always respected his hustle, and Business sense. I had a chance to meet him back in 2003. 50 Cent was shooting some of the scenes to “Get Rich or die Trying” here in Toronto. I was one of the extras, and I was later upgraded, and not only got to meet him, but actually sit down and talk with him.

What music are you working on now?

I am currently working on a new EP entitled “Major Moves” produced by T Major. T Major is a Producer and DJ that i have known for years, and always respected in the industry. I also have a Song with Bonnie Godiva coming soon entitled “Ride or Die”. Lastly i am working on a mixtape entitled “Heavy is the Crown”

Talk to us about some of the reactions you get when performing from city to city?

I recently just returned from a Tour in Europe, where i was one of the openers for Moka Only (formerly of Swollen Members) and i got the chance to be his hype man for a few shows. But usually when i perform people are always amazed at the amount of energy i have. I like to jump off stage and run into the crowd, and sometimes get a little wild. Now for everyone else that may seem normal, but im a 6 foot 5, 300 pound guy lol. I have had some shows where people demanded that i do more songs. I also love meeting and networking with other artists as well after shows.

As an artist Grynd means going til you cant go anymore, and then finding the strength to continue. To Get it done. Being ready so you never have to get ready. finding ways to make the impossible happen.

Who are some of the producers you are working with on your project?

The Major Moves EP is with T Major, i will be doing some work with Room 1702, an up and coming producer from Toronto. I have also done some work with Devondre Jones, DD, No Long Talking, and Kollah Bone (all from St. Maarten)

What’s next for DT The Artist

September will be the release for “Major Moves” the EP, then im Planning to head to Atlanta in October for A3C, then im off to St. maarten for November for a Media and performance Tour, in January potentially in Australia for a tour with the Wize Up Crew. On top of that i am looking to do more Celebrity Features, and make amazing music. 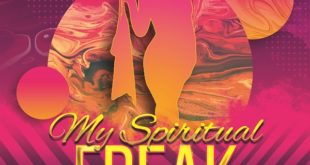 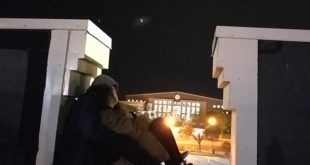 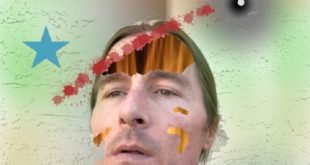 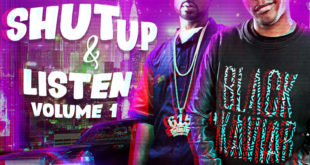