Raised in “The Bottom” of South Baton Rouge, La., Jody Brown, artistically known as “JB”, lived a simple life, but not without a struggle. With his father in and out of prison, Jody’s mother worked two jobs to provide for him and his two siblings. Jody became actively involved in drama and music at an early age, directing and singing in his school and church choirs and participating in local talent shows. As a teenager, barely graduating from high school, he felt as if his only two choices were to sell drugs or join the military. He opted for the latter.

As a military veteran, singer and songwriter Jody Brown has developed a universal sound that is relatable to everyday life and relationships. His interaction and connection with people across the globe have afforded him the skill to create music without bias or prejudice. JB’s real-life perspective and transparency in his lyrics sets him apart from the current trend saturating today’s airwaves.

Recently releasing the video “Fell Out of Love (F.O.O.L.)”, the first single from his upcoming project The Best Kept Secret II – Lover’s Edition set to drop in February 2018, has garnered a great response at nearly 10K views in the first three weeks. The visual illustrates the crossroads of trust and communication, and also the importance of privacy within a relationship.

Collaborating with recording artists such as Lawrence A, Vocal, Trez Falsetto, Mally Music, DS Will, Raven, Maestra, Tish Martin, and Sa’Mone, The Best Kept Secret II – Lover’s Edition is sure to bring back the importance of love and honesty to R&B music. Suitable for any man or woman that is making an effort to conduct themselves accordingly in a healthy relationship, it is certain to be a blueprint for constructing and, in some cases, reconstructing a solid foundation.

I found “Breakfast In Paris” on these Spotify playlists, look out for his music to reach even more places! 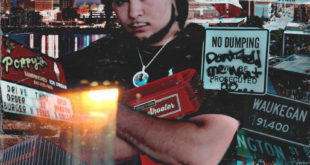 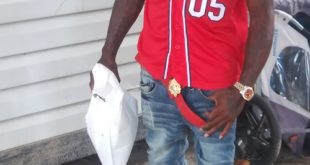