Carly Peeters – Stuck On A Feeling LOS ANGELES, CA – Prepare to be impressed by Carly Peeters. At only age 17, the young pop star and current reigning Miss Teen International has already acted in major television shows like “Grey’s Anatomy,” has created her own nonprofit organization raising tens of thousands of dollars to help underserved children in third world countries, and is now getting ready to take the music industry by storm with a new single that is going to give the likes of Ariana Grande and Katy Perry a run for their money.

The single is called “Stuck on a Feeling,” and is currently available on all digital distribution sites. It’s an upbeat pop track that will immediately hook the listener and is ready made for radio. The chorus is catchy and has a hook that can’t help but beg the listener to play it over and over again. And with relatable lyrics and a smile that goes a mile, Peeters’ new song is sure to be America’s next big hit.

Originally from Hawaii, Peeters is an actress and singer with a passion for giving back to her community. She moved to Los Angeles for her music, but along the way made a detour into acting and pageantry. She’s been on “Grey’s Anatomy” and “A Cowgirl’s Story” with Chloe Lukasiak and Bailee Madison. Peeters is also the reigning Miss Teen International and created a nonprofit 501(c)(3) organization called Literally Literacy, which promotes literacy and raises money to combat illiteracy in third-world countries. Recently returned from a trip to the Philippines, she worked with Yellow Boat of Hope to bring resources to disadvantaged children remote islands. And she’ll be leaving for Haiti in June to help build a school there.

I founded Literally Literacy because I believe literacy is the means to break the chains of poverty,” Peeters said. “Someone who is literate and hopefully more educated will understand the world around them better and make better choices for themselves and their families. I want to provide ways to help them get educated, like building a school. I’ve always loved volunteer work and being involved in my community. With all the acting and Instagram followers I’ve developed I know how important it is to truly be a positive role model. I have aplatform for different people and different cultures to look at me, and it’s important to me to use that platform to highlight a cause that I believe in and which will make the world a little better.”

So … are you impressed yet? 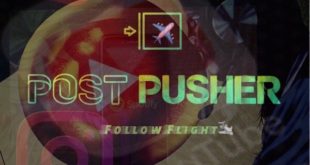