Antonio Blue – Since You’ve Been Gone

PORTLAND, OR – In 2020, West Coast artist Antonio Blue dropped what became one of the hottest singles of the year. The laid-back, melodic vibe of “Since You’ve Been Gone” has connected with many audiences all over the U.S. and Antonio has seen a rise in notoriety as a result. And now, with the help of his Rawzky Records Entertainment band, he’s putting a new spin on the single that gives it a little more edge and a little more energy.

“This single with the band is gonna be huge,” he said. “It’s a completely new sound and it’s amazing.”

Antonio said his desire to create a new version of the song reflects his desire to reinvent himself in some ways this 2020. Over the past few years, he’s been making music under the moniker King Rawzky. But he said that over the course of the past year, he’s come to realize that he wants to strip back all the outer layer of performance and let fans get an up-close and personal look at who he really is.

“It’s all about life’s metamorphosis,” he said. “I didn’t want to portray any titles or labels upon myself or the people behind me. That’s why I’m getting rid of all the monikers and all those things. I’m starting with a clean slate and taking my second chance. I’m showing people the person I truly am – as genuine and pure as it gets.”

Toward that end, Antonio said “Since You’ve Been Gone” really demonstrates his desire to make R&B music that goes back to the roots of the late 1980s and early 1990s. He wants to put out music that reminds R&B fans of the songs from artists such as Boyz II Men and Bobbie Brown.

“Those kinds of songs that you heard and you just wanted them to keep singing,” he said. “I’m giving you one artist on one song with no breaks, and with that you’ll see that my vocal ability and arrangement is incredible.”

Antonio said he originally wrote the song as homage to a woman with whom he’d previously been in love. He wrote it as a way to express to her how much he did care about her.

“I need a person in my life with the same spirit and who can understand what I’m trying to accomplish with my music,” he said. “This song was written to tell my ex that I recognize there is so much she has done for me over the years, but that I don’t regret our breakup because I just got tired of giving and giving and not getting back in return. When I think about my love life, I realize I can let it sometimes interfere with my dreams. So this song, in a lot of ways, is about letting the past be the past and looking only to the future. That’s what I’m trying to present here. You can’t let the past control your world and your destiny.”

Antonio Blue’s music is currently available across all streaming platforms. To listen to his music, or to follow him on social media, please visit: 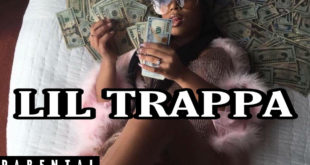 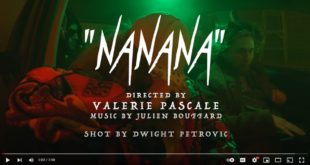 R&B vocalist Olivia announced her new single, “No Permission,” will be released on May 12th …