Over the past few years Broward Country artists Kodak Black and XXXtentacion have built huge fan bases on streaming platforms like Spotify and Soundcloud. Now after generating millions of views on their respective singles, Hip-Hop fans again have a reason to turn their attention to the county just north of Miami as rapper A.M.P. Fetti is also building momentum in the region.

Exit Sunrise Blvd and travel east from the I-95 and you will end up in the Hatian dominated East Side of Fort Lauderdale where drug dealing, crime and police authority are abused on regular basis. But to rapper A.M.P. Fetti this is home and he loves his city without question or hesitation.

“I was always interested in music as a kid, watching Tupac and Biggie on T.V., rapping their lyrics,” A.M.P. Fetti explained. “I use to hang with my friends in the neighborhood we would record ourself on a karaoke machine at the East Side Park. We started a rap group called Burna Boys when I was about 13 or 14 years old and the rest is history.”

Now with a full length project out and a lead single, “I Can’t,” Amp is gaining attention for his candid take on addiction and all the things you can be addicted to in life. The track is produced by DJ Drizzy, who also produced several other songs on the Back To Da Streets mixtape like, “On The Stroll,” “On That” ft Billy Blue and “Of Course.”

“‘I Cant’ is pretty much about all my addictions. We all have them and want to stop them but you cant. I’m addicted to things like smoking weed, selling drugs, tricking on my girl and I want to stop but I can’t. That was the mindset I was in when recording this song. No features on this record, just give you me.” he added.

In the Luniversal Production directed video, A.M.P. Fetti teams up with video director Luner who has been shooting all his previous videos from the Back to the Streets project.

“We have a lot more on the way, so look out for more visuals. My plans for the next few months are just to promote my new mixtape and earn new fans, while I reintroduce myself to the fans I do have,” A.M.P. Fetti said. I’m going to be doing a lot of traveling to put in the ground work, and while traveling I’ll be hitting studios to record new music for my next mixtape. Of course, I’ll be shooting videos, but we working on setting up some performances. Right now there are no official shows planned as we are still putting in the ground work and introducing the people to my music and my voice.” 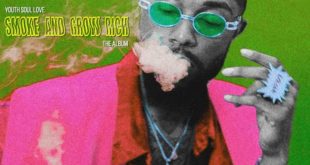 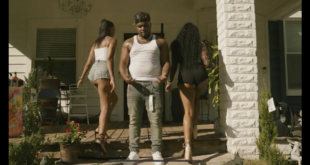 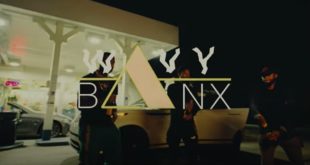 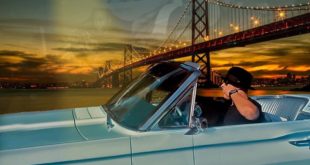