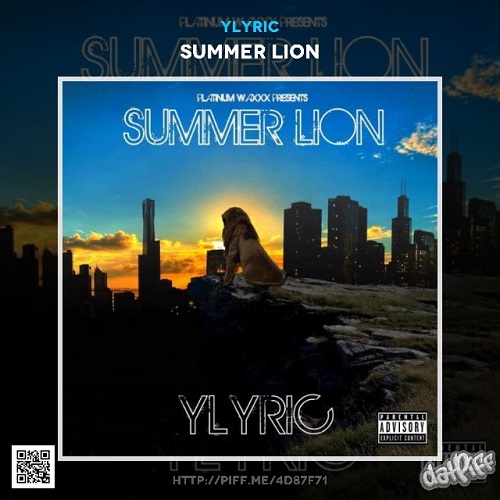 Fresh New Hip Hop. Late 90s Early 2000s Feel. Great lyrics accompanied with great production, this southern artists takes you on a great ride with a variety of different vibes and flows. Theres a little something for everybody. Kenneth ‘YLyric’ Jones was raised in the Red Apartments located in Kenner, Louisiana. His great aunt, who was responsible for taken care of him and his cousins, raised Kenneth Jones to become the young man we have come to know as YLyric. As a young child reared by his great aunt, Kenneth’s mom was off to college studying for her nursing career, with a grateful appreciation that her child was in good hands. Kenneth always excelled and stood out from his peers. Family and friends describes YLyric as an over achiever. Wanting to channel his energy and enthusiasm, his family encouraged him to play football. In time, he excelled and became an all around athlete, amassing several accolades in the sports of, track and field, and football. Kenneth eventually moved with his mom and brother in the Lincoln Manor area of Kenner, Louisiana, as his mom worked toward finishing medical school. Throughout his middle school days, YLyric began focusing on improving his musicianship. At a very young age, he started recording local artist from a desktop computer, as he help produce solo tracks and duo mixtapes via karaoke machines, from a room closest. The experiences as he described it included childhood friends. As time would reveal, this young inspiring artist began to show a greater interest in music through the art of hip-hop rapping. Intrigued with his newfound interest, his older sibling presented him with a music track to write lyrics too, and the story begins of YLyric. In his senior year, YLyric decided to put down his cleats, and pick up the mic full-time. Having already dropped three mixtapes with local artist, Ylyric would describe his dissatisfaction with his progress in the music industry as leisurely. Despite receiving recognition of his success, he decided to take his journey as a full-time goal for becoming a well-known rap artist. YLyric found his artistry at a standstill because of a 7 ½-month incapacitation period and constant turmoil in his personal life. YLyric has utilized the mic as an outlet for success and have not looked back since. His success includes owner and operator of PlatinumWaxxxEnt. Having done multiple shows and appearances, He is currently gearing up for the road to push one of his Hit Singles “Waterfalls” Prod. By Grammy Winning Producer Sirclef. Out Now On All Major Download & Streaming Networks. Platinum Waxxx Entertainment 512 Webster St. Kenner, La 70062 504-931-0471