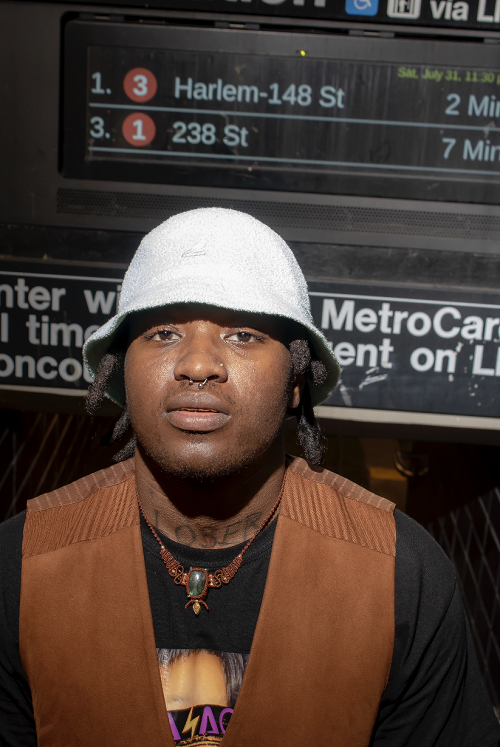 Every so often someone breaks into the Hip-Hop industry whose talent and skills go far beyond just dropping a hot 16. Ke’lyn The Artist, or Ke’lyn for short is Atlanta’s next generation defining artist. He’s definitely 1 of those talents to watch out for. Hailing from 1 of the biggest music cities on the map, Atlanta Georgia the atlien doesn’t aspire to fit in with the in-crowd nor follow the masses. With his own unique style and even more signature sound, Ke’lyn the Artist is proving that having your own flavor and not following the trends can work as an independent artist. Sort of taking the ‘text-book artist’ approach with his music, he is on a single release spree to keep growing his fan base, while experimenting with different musical ingredients.

Ke’lyn signed a deal in 2018. He experienced many tribulations with his music from almost all angles. Things like his Image, expression, releases, poor mixing and mastering, copyrights etc. Instead of giving up, he went on a journey to become a one stop shop with his music. He learned everything from mixing and mastering to copyrights all from YouTube videos and guidance from his manager.

Every day more and more musicians are taking a leap of faith by trusting the process, believing in themselves, and controlling their own music careers as independent artists. With the rise of DIY music upload sites such as Spotify and Soundcloud the results for success are endless. Today you can even control your own marketing and social media presence on in demand platforms such as Instagram, Tik Tok, and Facebook. As of 2020 Rolling Stone reported that independent artists could generate more than $2 Billion in revenue thanks to them being able to take charge of their distribution and marketing. With a strong team behind you the results are limitless. Ke’lyn also has a great support system, consistent manager, and strong work ethic. With a military background and spending some time across seas he is culturally diverse and trained to have a disciplined attitude towards his outcome in life. He has 5 years of military service under his belt and met his manager during basic training. He also has a signature look and works hard to maintain his image and brand.

Ke’lyn was invited to perform at a competition headlined by The Show Case King in. He, his friends, and manager set out to New York and met with A&Rs, Artist, Photographers, videographers etc. Ke’lyn was one of the last to take the stage but shocked everyone when he did. He performed his single “3 Stacks & Paul Mason”. The crowd went crazy and danced with Ke’lyn for the rest of his time in stage. Ke’lyn won the competion and was rewarded with cash, meetings, & more. 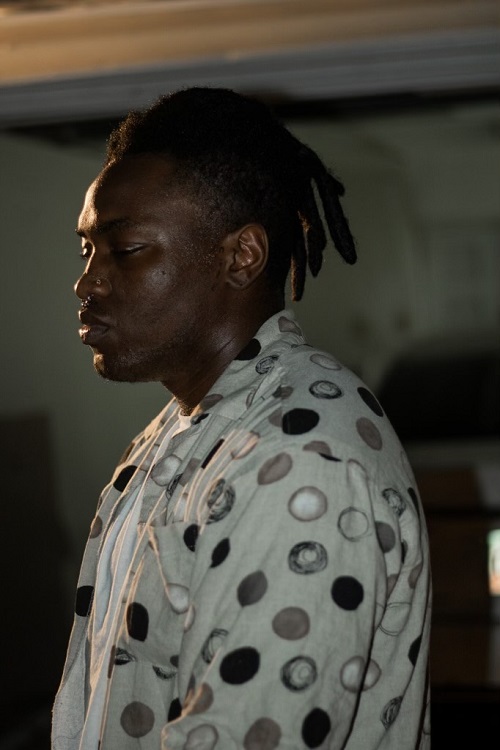 For The Love Of Music with Ke’lyn The Artist

He first fell in love with music after hearing a beautiful R&B ballet called ‘Love’ by Musiq Soulchild and has been obsessed with the art of sound ever since. The song inspired him to try out singing as well as helped mold him into the artist he is today. Ke’lyn creates the type of music that resonates with the creatively gifted. It should come as no surprise he’s had very influential artists appreciate his sound including Andre 3000, Teddy Riley, and Killer Mike. In fact, he has done some recording with Teddy Riley’s son who mastered a previous project with him. It’s safe to say Ke’lyn is going to be another big name to watch out for coming out of Atlanta. He has no regrets on anything he has done thus far with his life or music career and is enjoying the direction he is going in with his talent.

Being a part of the military gave him the confidence he has now as a performer. What started out as singing around the base during his time enlisted has evolved into the artist being an all-around extremely talented lyrical rapper and singer. During his time enlisted he was constantly singing to pass the time and once realizing he could sing live in front of people it inspired him to push the bar. Not a stranger to live performances but somewhat of an introvert, when he takes the stage during a show, he uses his nervousness to push through and give it everything he has. His music really resonates with his fans and it’s quite refreshing to see where he is headed next.

Ke’lyn The Artist is a genre- bending generation defining artist. Passionate in his craft and pure in character. Strives to become a good businessman and even greater person. His inspirations musically are Young Thug, Andre 3000, Smino, Baby Keem, SahBabii, Don Toliver & Swae Lee.  His inspirations fashion wise are Young Thug, Jaylan Baker, Smino, Napoleon Dynamite and Teyonna Taylor. Ke’lyn spends countless hours perfecting his craft and honing in his style in order to establish his very own lane. It’s safe to say that he already has.

Ke’lyn The Artist finds his teammates

Ke’lyn The Artist is no stranger to negotiations and deals at this point in his career. He has been very vocal about his independent artistry and that he was looking for a team and not sponsors. We’ll I think he’s finally found his home. Ke’lyn recently merged with Jaylan‘s Katherine Valley Records. They were then recruited to LUXX Iconic Records by two private label Owners. You can stay tuned to see how well that move will play out with the young artist by tuning into his social medias. @kelyntheartist everywhere

Ke’lyn The Artist is taking off !

Ke’lyn Has started his own studio and has been developing Artist and himself in his free time. All of his hard work and dedication is finally paying off. Ke’lyn posted a photo showing his Spotify and Apple Music streams only. They were at a combined 76,000 streams. He has another combined 16,000 on all other platforms according to his BMI. Any independent artist will tell you that this can be very tough to accomplish especially in just a few years of work. Keep it up king!

Ke’lyn The Artist teams up with All On The Mic

Ke’lyn has had quite a few co signs in the industry thus far. Such as Carolina Grinda, Killer Mike, Omari Hardwick, Coca Vango, 24hrs and more. Now he will be opening up for Carisha The Diva and All On The Mic crew until further notice. Carisha the Diva is one of Atlanta’s hardest working journalists. She Airs her own podcast and talk show and ranks number 8 in podcasts in Norway. He’ll be performing ALL exclusive songs every Thursday in Tucker, Ga. Ke’lyn performing live is not something to be taken lightly at all. He’s passionate and assertive with a stage presence that can give you shivers. For more information you can follow Ke’lyn on Instagram @kelyntheartist. You can also follow @allonthemic for more information about the show.