Tweet
One of the most anticipated live interviews with one of the of the top promoters in the South drops June 2019 on Southern Xsposure Radio. DJ Ms. Hypnotique @djmshypnotique speaks with Lionheart live from the federal penitentiary. 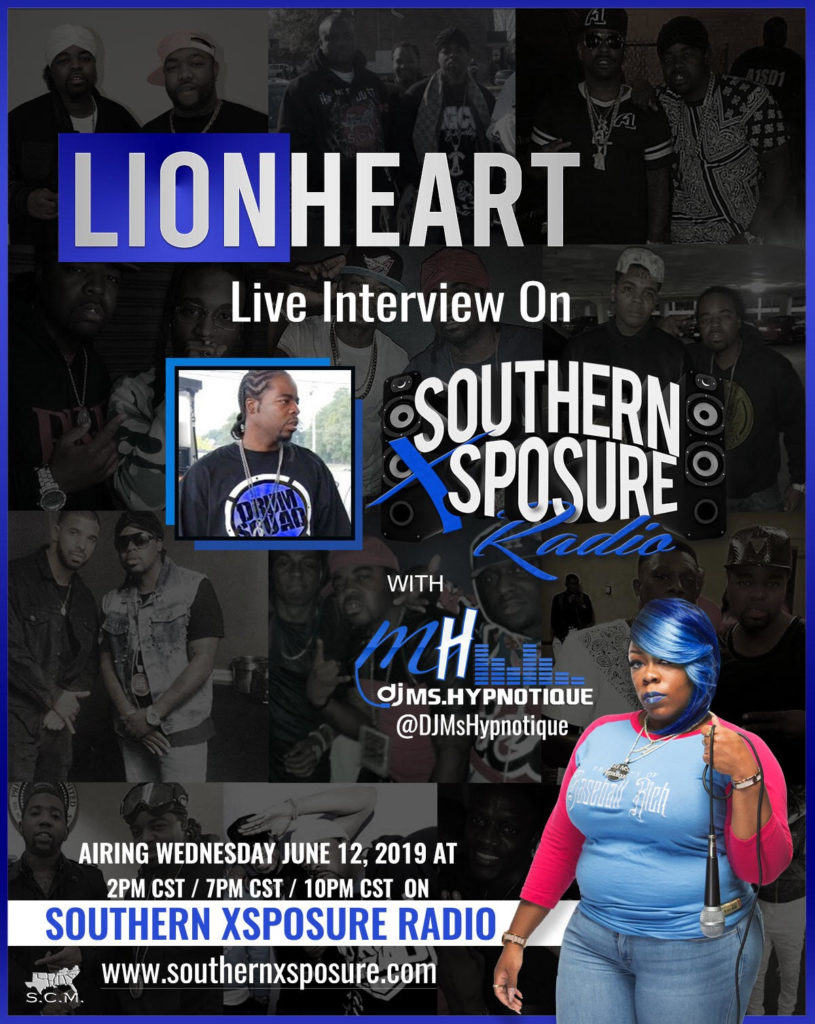 Lionheart is a nationwide celebrity and event promoter from the Southside of Memphis, Tennessee. He works with artists from across the country including Rocko, Future, Gorilla Zoe, Young Dolph, 2 Chains, Young Joc, Migos, Drake, YFN Lucci, Lil Baby and more.
In this exclusive interview, he speaks on his humble beginnings growing up in the projects of South Memphis, how he turned his life around and entered the music promotion industry. He also talks about his annual “Stop the Violence” block party and his plans for his career after his release from prison.
Tune in Wednesday, June 12, 2019 at 2PM, 7PM and 10PM CST exclusively on Southern Xsposure Radio at www.southernxsposure.com or download the SCM on Demand App for both Apple and Android devices and select “Southern Xsposure Radio” to listen on the go
Share